We are an inclusive studio—EVERYONE is welcome here!

We all check our egos at the door and then get right down to the work.

You will be empowered to get there on your own. You will learn to trust your own instrument and make strong choices that deliver.

And you will be fiercely supported by your peers. We are family. 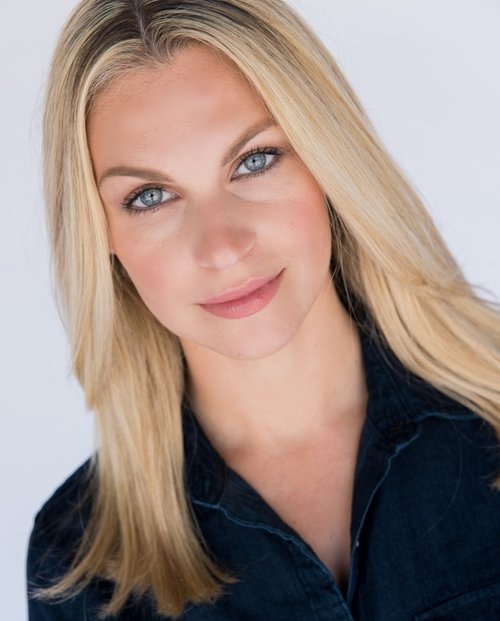 “I live to push boundaries. I find comfort in the uncomfortable. I seek out the “new.” New situations, new combinations, new challenges, anything that will allow me to step out of my comfort zone and prove to myself that I can do something
I have never done before and in so  doing, prove to others that they can too.” —Artistic Director, Murisa Harba

Murisa Harba received her BFA in Theatre Studies from Boston University’s College of Fine Arts with a minor in dance. With countless years of vocal and dance training in addition to her theatre degree, she created, directed & choreographed the original play, WHITE RABBIT, in Boston and Chicago.

Since moving to Los Angeles in 2008, Murisa has found success directing projects such as Skiddle And Bang It, Gruyeres, Dansare and Gas. In 2015-2016, Murisa became an Episodes director (Episode 6, 10 & 11) on new dramatic web series, F#@K I Love U. Her directorial debut on the show won BEST ACTING ENSEMBLE at ITV Fest in September of 2015. She recently directed TELL YOUR STORY, a PSA on sexual assault and women’s empowerment, and a commercial for Muralart. Her short, Dansare, a film that she directed, produced and acted in starring a whole cast and crew of ATW students premiered at NoHo Cinefest Film Festival.

In 2018, Murisa directed and played leading lady in the live version of F#@K I LOVE U: Alive for the Hollywood Fringe Festival at the Dorie Theatre. Her latest role was the lead role of “Claire” in psychological drama Mórok, directed by Daria Nazarova and produced by Argentic Productions. She has snagged 4 BEST ACTRESS in FEATURE FILM awards for her work in this project at Depth of Field Film Festival, LadyFilmmakers Festival, Studio City International Film Festival and SYTYCA Festival.

Murisa teaches her Freeing Your Natural Instincts with Cold Reads: The Macro Method and Connecting Through the Physical: The Chakra Approach® workshops as well as various on- camera classes at the SAG-AFTRA Conservatory at the American Film Institute, which she has enjoyed doing since the fall of 2011. She is also on the SAG-AFTRA Conservatory Committee and Curriculum Committee. Murisa is on the staff at Columbia College’s summer acting program and has also taught at the Will Wallace Acting Company.  She is a Backstage Expert; check out her latest articles on Chakra techniques here and Strong Choices here. 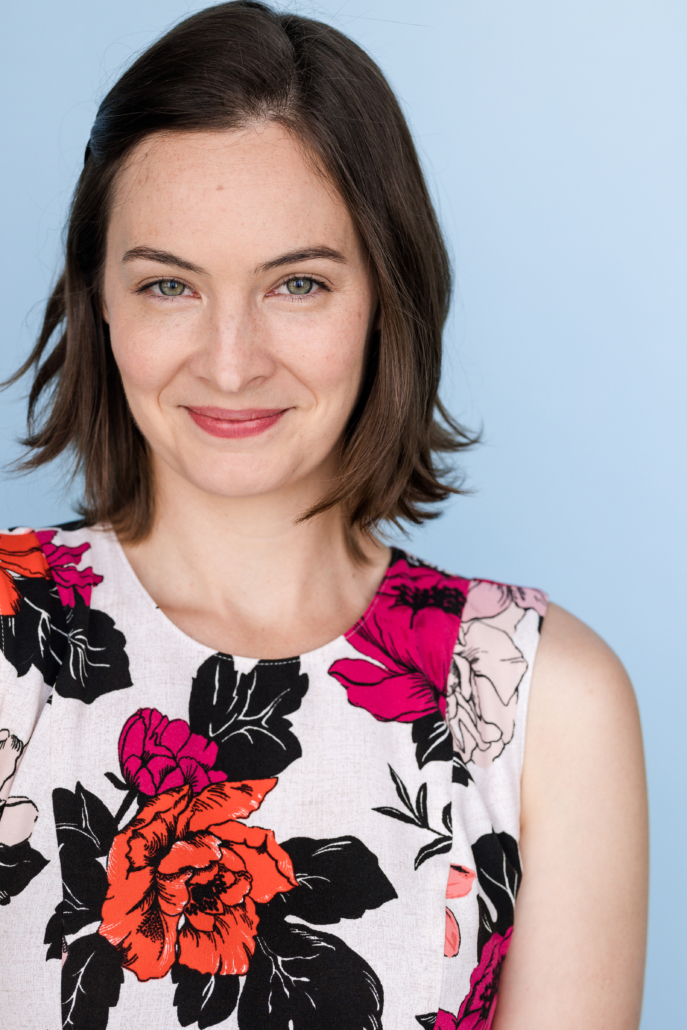 Savannah graduated from the American Academy of Dramatic Arts, LA with a focus on Uta Hagen, Stanislavski & Strausberg Techniques. She later studied Linklater & Alexander Techniques with Adele Cabot(Voice Joy LA,) and Shakespeare with Dennis Krausnik(Shakespeare Company Massachusetts.)She is a member of activist driven theater company, The Actor’s Gang, under AD Tim Robbins. She continuously trains with the company in “The Style;” an ever evolving method inspired by George Bigot and focused on Commedia del Arte, states of emotion, and breaking the fourth wall.

Savannah has performed in award winning projects including “Made With Love,” (Art House Coup Film Fest Winner) & “Closure,” (120 Hour Film Fest “Audience Award”) and received a Stage Raw Scenie Award for “Star Making Performance” in Patterns at Theater 40 as well as an Eddon Award for “Best Actress” in Laundry & Bourbon at The Lonny Chapman Theater.  She is also a practitioner and instructor of Wing Chun Kung Fu and founded Kids Kung Fu Moves in 2015. The successful program works with dozens of schools in Los Angeles to teach children social and emotional learning through the foundations of martial arts and mindfulness.

Before stepping into the role of Signature Technique Instructor at About The Work, Savannah started as an eager student looking for an artistic home in 2013. The Macro Method and The Chakra Approach exponentially impacted her growth as an artist and lead to direct successes in her acting career. She is honored to head the fundamentals programs at the studio and share the techniques with new students through the lens of passion, empathy, mutual respect, risk taking and shared growth. She’s got your back! 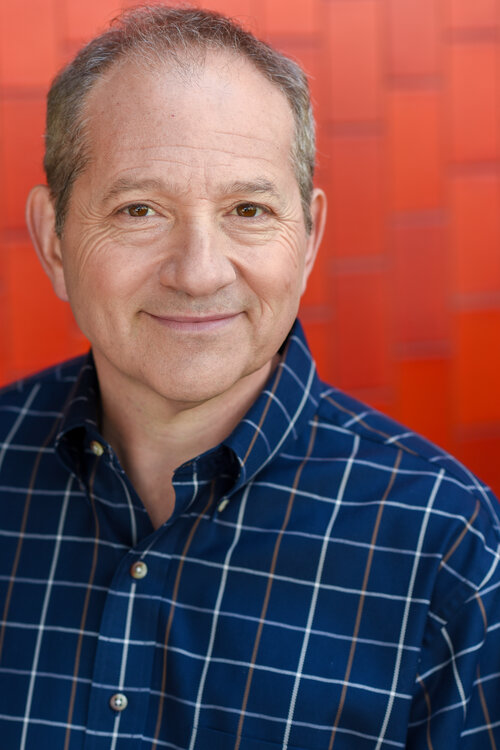 Jonathan is a BFA graduate of the University of Connecticut Department of Dramatic Arts and founding member of the New York International Fringe Festival. In the last 30 years, he has collaborated on hundreds of projects for both stage and screen, as actor, director and producer.

Just before moving to Los Angeles three years ago, Jonathan produced and co-starred in the “Fringe First” winning production, Enterprise, by Brian Parks for the UK premiere at the 2017 Edinburgh Festival Fringe which subsequently ran Off-Broadway at the SoHo Playhouse in NYC, as the “best of the world’s fringe shows” in The Fringe Encore Series.

Since making his home in Southern California, Jonathan co-wrote an award-winning script, A Family Affair, that he was commissioned to direct and co-produce as a short film sponsored by BASF and Filmaka.

On top of appearing in several short films, he has also had the opportunity to star on-stage in Death of a Mailman as part of the Hollywood Fringe Festival and Constantinople by Aram Kouyoumdjian at the Rose Theater.

On TV, Jonathan has been seen in HBO’s Crashing and he also co-produced and starred in a pilot for a new comedy series, BUDS, an official selection in last year’s Omni Cultural TV Fest and winner of four 2021 Telly Awards.

“I live in the space of being a catalyst for creative change. I love to generate a spark of recognition in someone else, that enlightens them to learn something about themselves or challenges their current perspective. I want to instigate what’s possible so that we reflect on deeper meanings and co-create an abundant world full of connection. I live to champion the efforts of those around me. This very personal work we do — bringing stories to life — elicits an emotional response from our audience. This work materializes for me in the joy I receive by entertaining and moving others. When I get to experience other people’s joy brought about by the blessed opportunity I had to participate in the bringing it to them… nothing better.” 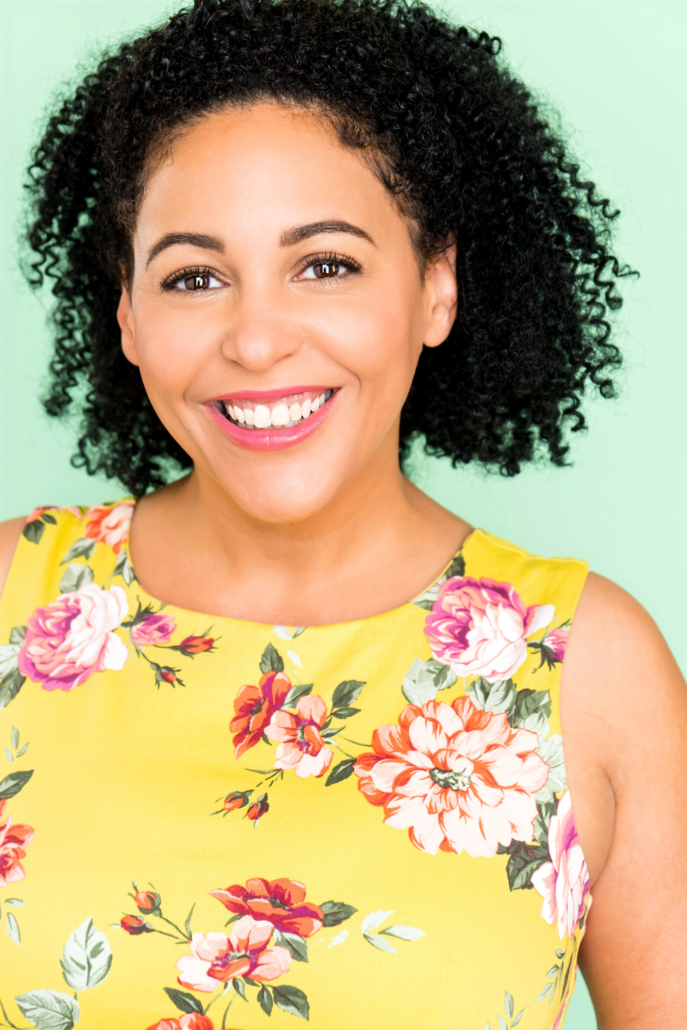 Michelle has BFA in Theatre from New York University’s Tisch School of the Arts and her most notable credits include: Viola on General Hospital, Dr Browne on the short That’s My Time and she was most recently seen on 911 Lone Star.

Some LA theater credits include: Anne in Trouble the Water by Ellen Geer, Miss Nanalu Branch in Bluebonnet Court by Josh Irving Gershick, Murray in LAME: the Musical by Rich Nathanson and MacBeezy by Kelly Boczek-Petrie.  Her Off-Broadway productions include: Spiritwoman at the Harold Clurman Theatre, Down Home Sausage Meat with the Negro Ensemble Company and Space Trek: A Musical Parody at the Chelsea Playhouse, NYC.

As a writer/director, Michelle is known for her short film Yogurt Girl and and the trailer for her upcoming feature County Man. Check out her YouTube channel series “Need Money for College Cooking show” or as a recurring teacher on Secrets of the Heart TV. 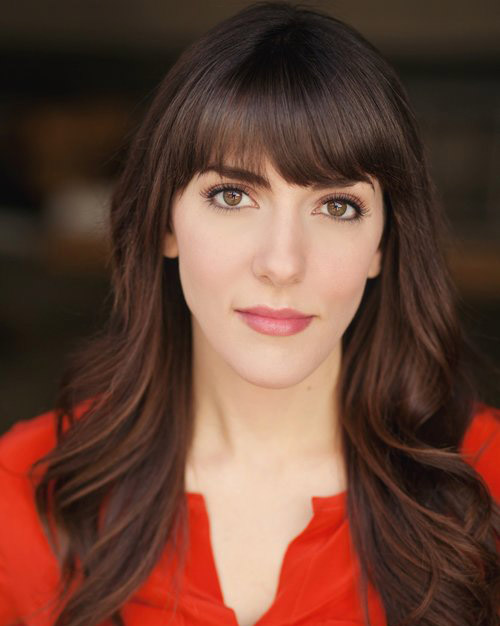 Laila Ayad received her BFA in Theatre from New York University’s Tisch School of the Arts and is certified in Shakespeare performance from The Royal Academy of Dramatic Art. As an actor, singer, and writer she has collaborated with theater artists, musicians, and filmmakers in both New York and Los Angeles, and is a founding member of Ovation Award winning IAMA Theatre Company, named by Playbill.com as one of the countries’ top 20 “must know” regional theaters.

Laila is a champion for new play development, and has been successful in working with writers to develop new works for the stage. She was recently seen in the world premiere production of Leslye Headland’s Cult of Love at the Atwater Village Theatre and premiered Stephen Belber’s Joan at the Ojai Playwrights Conference. Other world premieres include Headland’s Bachelorette and Reverb, D.G. Watson’s Unbound, and Christian Durso’s Shiner, which she debuted Off-Broadway. She has also been seen in the Los Angeles premiere of John Patrick Shanley’s French Waitress and Rajiv Joseph’s Gruesome Playground Injuries. She developed DreamWorks’ The Prince of Egypt for the stage in the role of Tzipporah, and recently ended a six season run as Charlotte Reid on ABC’s Scandal.

She is a freelance grant writer for arts non-profits and is a longtime head writing mentor with The Young Storytellers Foundation, a program that engages creativity through the art of storytelling by using mentoring, collaboration, and performance to provide low-income students in Los Angeles public schools the opportunity to write stories and see them brought to life.

NEXT UP: CHECK OUT OUR FAQ